Griffith University was founded in 1971 to provide a new kind of education: innovative, future-focussed, outward looking and grounded in principles of sustainability.  We are ranked among the top 50 universities under 50 worldwide; and the top 400 universities in the world.

Everything we do at Griffith—from education to research and community engagement—is designed to meet the new world our students, graduates and communities will encounter.

Our research is bold, original and making an impact. The Griffith-led discovery of the world’s oldest rock art in Indonesia challenges established beliefs about human evolution, while human trials on the world’s first malarial vaccine by Griffith’s Institute for Glycomics could mean a future where half a million lives are saved annually.

For two years’ running a Griffith lecturer has won the Australian Government Office of Learning and Teaching, Teacher of the Year Award, the highest accolade for an Australian university academic.

In 2014 Griffith alumna Kara Cook was awarded Young Australian Lawyer of the Year in recognition of her role managing the Prisoner’s Legal Service, while Dr Kat Curtis was awarded Australasian Junior Doctor of the Year for her work as a principal house officer in general surgery as well as an educator and trainer in surgical treatment.

Griffith University is rated five stars in the prestigious QS Stars ratings for graduate employability. At Griffith, students gain the academic knowledge expected from a world-class university, as well as the skills and confidence that employers want, giving them an edge in the job market.

A Griffith University degree can open up a world of opportunities. As well as classroom study, you’ll have the chance to learn in real-life settings with industry placements, internships and field trips. You might even choose to complete part of your degree overseas.

Griffith University offers 300+ degrees in humanities, education, law, business, science, music, fine arts, and health. Twelve of our program areas are ranked among the top 200 in the world.

We assist you to succeed in your career from the year you start your degree by providing a careers and employment team, internships, work-integrated learning, the Industry Affiliates Program, and Global e-Mentoring.

A postgraduate degree from Griffith University can help you achieve your career goals and reach your full potential. Whether you’re interested in broadening your skills, becoming a specialist or changing careers, we can help. You might be more qualified to study a postgraduate degree than you think.

At Griffith, we recognise the knowledge gained through work experience, as well as prior study. And with full-time, part-time, online and intensive study options, you can tailor your study to fit in with your lifestyle.

HR Pakistan is the official Representative of University in Pakistan.
Fix An Appointment Now Click Here

Engineering and IT
Master of Environmental Engineering

Arts, Education and Law
Master of Criminology and Criminal Justice
Master of Education

As an international student, Imrenjeet thought studying in Australia would be quite daunting, but the information she received during Orientation Week and the guidance from the Griffith Mates quickly boosted her confidence and made student life much easier.

“I have lived at Nathan campus for the last two years and love participating in university activities that have really broadened my network and group of friends,” she said, “I have participated in treasure hunts, BBQ get-togethers and volleyball tournaments”.

“Everyone on campus has been so helpful and supportive – my lecturers are amazing and the student support services such as the Library Help Desk and Skills Workshops, Griffith Health Service, Welfare and Student Liaison Office, EnglishHELP and Counselling Services have all been a fantastic help.” 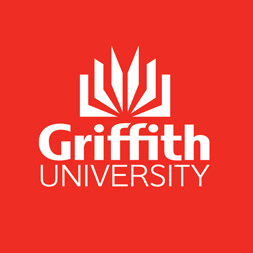 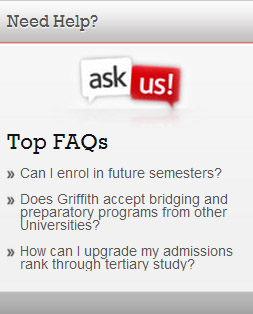 Fix your appointment with HR Staff for free consultancy

Submit an application today to secure your admission